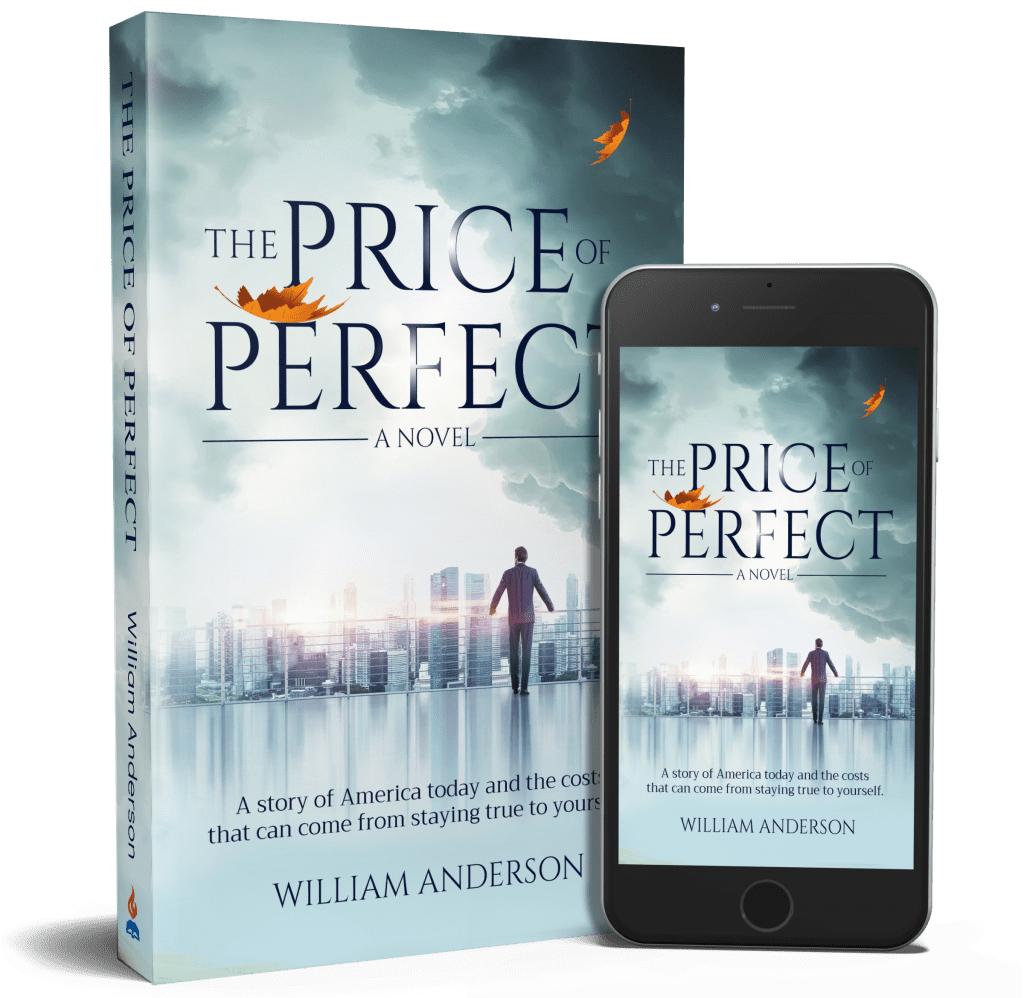 THE PRICE OF PERFECT

Brilliant and passionate Atlanta architect, Jack Collier, has designed what the press heralds as a “da Vinci-like masterpiece.” Before work on the building can start, Shandra Berry, an ambitious local reporter and determined civil rights activist, discovers that a Black man was hanged in 1940 from a tree still on Jack’s property. She starts a social media campaign to pressure Jack into altering the building’s design to save what she calls a racial icon, the ancient tree. Jack refuses on the grounds the tree would only serve as a reminder of the ugly part of Atlanta’s past. His project, he insists, is about Atlanta’s future.

How does an artist stay true to himself in today’s fractured culture where truth is relative? This contemporary novel reveals how standing by one’s beliefs can also destroy those we love.
Jack’s wife, Mary, a respected philanthropist to Black charities, is mortified when an incendiary social media drives a national demand that Jack saves the tree or else be considered a racist. The tree becomes a symbol of the horrors of slavery and the ongoing struggle to have whites recognize the impact their prejudices had and have.

The saga becomes a conflict between strong characters on separate paths to fulfill their dreams. Each feels their identity is being threatened by the drama of the tree. Each of their refusals to bend becomes a metaphor for America today and how its original sin continues to haunt the conscience.

In the midst of Jack losing his wife and closest friends, Meredith seeks to discover the truth of how the tree is entwined with Jack’s past. She finds herself falling for the creative giant and he for her. But it is love forged against her values and amid the decline of his reputation and the failure of his marriage.

The Price of Perfect is a tale of clashing destinies poured into the cauldron of race in America driven by a relentless social media. It is also a story about how powerful love can be, even flowering in the darkest moments. The novel’s ending is an unexpected redemption, showing how even in the turmoil of today’s culture clashes, there is a place for forgiveness and coming together.

You can order the book at your favorite local bookstore, or online and in real-world bookstores worldwide.

Keep up with William Anderson and his latest work.